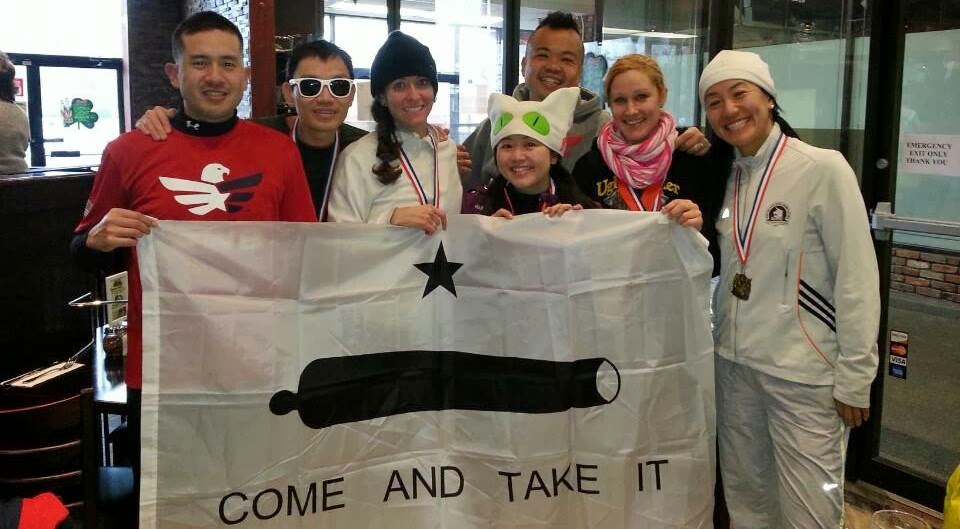 Since this race is a mere 31 miles this blog post will most likely be shorter than my last one about the 100 miler. The setting is Huntington, NY on Long Island. This was a Rocky Raccoon Reunion of some sorts. Most all of our Team #comeandtakeit were there. Missing from this pic is Roy Pirrung. In a later blog I would like to introduce you all to the #Comeandtakeit Crew. We are a diverse bunch, altho predominantly Asian. Also please bear (or is it bare??) with me, this is the first time i am doing the layout and posting of my own blog. Kino has been my blog master since the induction of this blog in January. Let me start by revealing that I now have coach. If I want to improve I need guidance and someone with more experience at a higher level. Who better for the job than Ultra Runner of the year, Michele Yates. http://www.dreamliverun.com/ I'm running so many less miles which put me in a panic at first but it's all about quality not quantity. So for the past two weeks i have followed Michele's running plan, nutrition advice and strength workouts to a tee (or is it tea??). She did mention she thought I was nuts when i gave her my racing schedule. But we are all nuts. My plan focuses largley on recovery. 3 days out from the 50k and my legs feel strangely "normal" and "rested". She also gave me the confidence to go for a sub 4 at Caumsett. I succeeded! 3:58:30 and 7th place USATF female (my third top ten placement in a national championship this year). 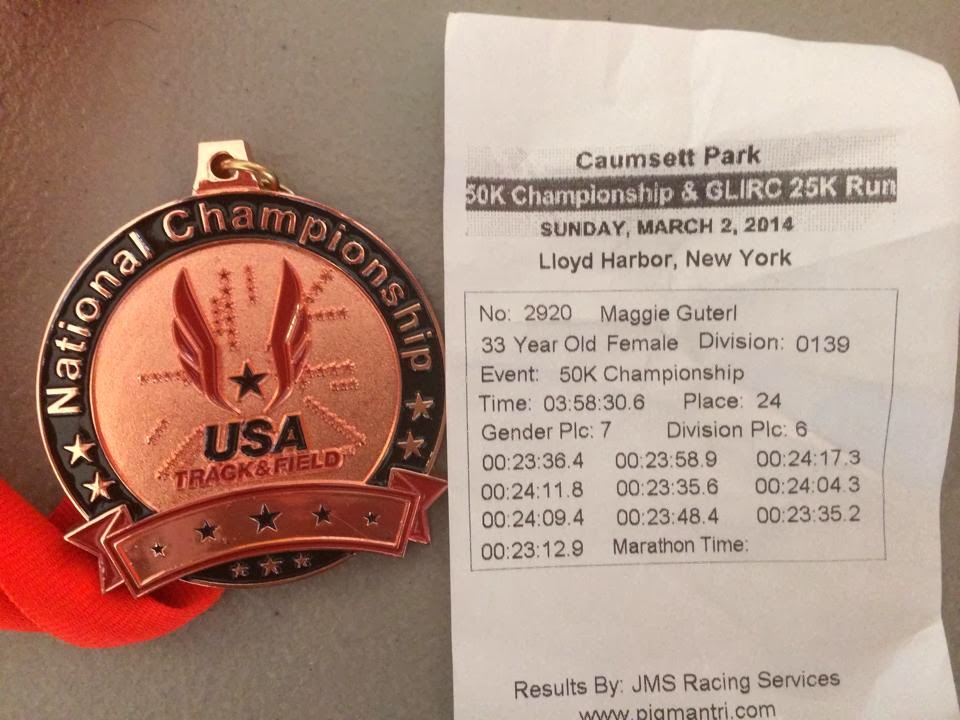 The course was 10 5k loops. My least favorite distance 10 times! I tried not to think of it that way plus i wasnt running balls out for each 5k cause that just wouldnt be logical. Some people hate loops, I love them. Maybe because my first ultra was the 20in24 and thats 8.4 mile loops for 24 hours and mentally i had to prepare for that. I also love loops bc you get to see everyone on the course mutiple times. 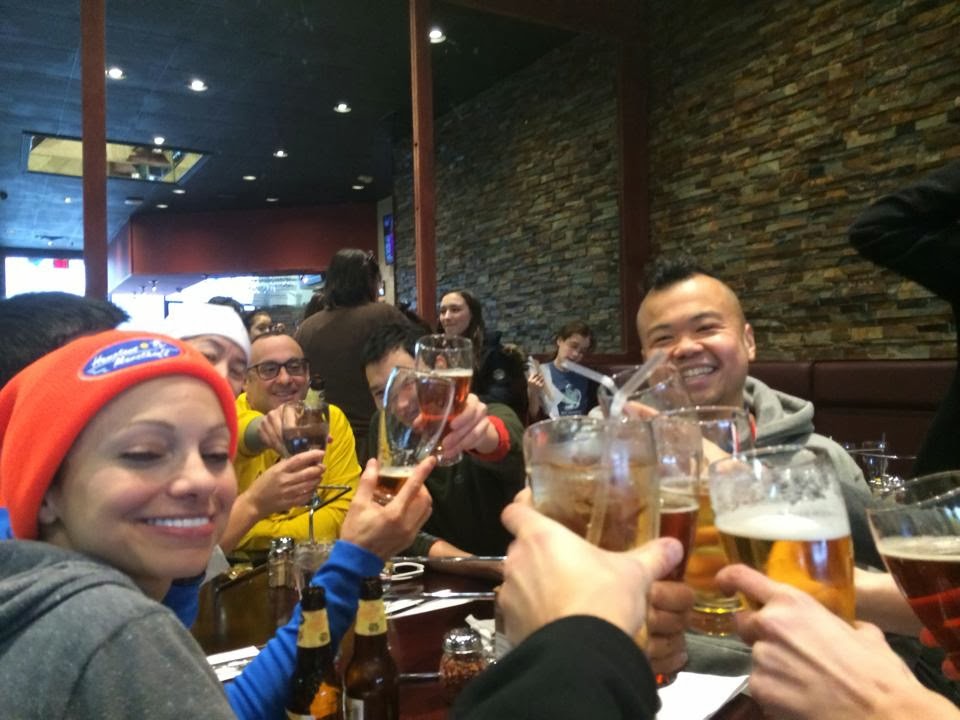 I used this weekend trip to NYC to visit my college friends from Pratt Institute. Many of them have stayed in Brooklyn. I am so proud of all of them. They are all so grown up and responsible now. (Not that we all weren't in college. I mean we mostly spent our time doing school work;).  Jillian and her fiance have fixed up their home in Crown Heights and Shelley and her husband are soon to be home owners in the ghetto.
But that area is sure to be up and coming like most of Brooklyn is. I also got to see my good friend Nancy who relocated to NYC a few years ago. Mitch is another year older and we celebrated his birthday.  All this happened under one roof which is great cause it saved my legs from having to walk around all night and the next day. Being in Brooklyn with my friends made me nostalgic for those good ol' days at Pratt but I certainly have no desire to move back to this crazy, bustling, crowded city.

Saturday I just decided to go straight to Evy's house and we watched Nancy Kerrigan/Tonya Harding documentaries all afternoon (ok it was just one documentary). We both rested our legs while Kino was out all day shopping and being served by Asian girls in school girl uniforms at Maid Cafe. He brought his Japan GQ magazine that Kino and Thunder are in, to show the lovely ladies.

Ken Tom picked us up in Brooklyn race morning and Kino, Evy, Thunder and I all piled into his SUV. We met Jackie Choi aka ChoiSauce, Yoshiko aka YoJo aka Lokiko and Roy Pirrung the Legend there at Caumsett State Park. Also Michael Wardian was there. He lapped me about 12 times which is insane cause we only ran 10 laps ;). He actually ended up second. The race itself went well and I ticked off 7:40s as planned. I hit my marathon mark at 3:22 which i think is my 4th fastest marathon time out of 30 something marathons. The weather was more mild than the past few days and it was in the 30s which was a nice relief. Once again I think most of our friends achieved their time goals including Roy who also won an award for the Masters.
Believe it or not Yoshiko DNFed after 20 miles. I find this humorous just because she has a great attitude and can obviously complete the distance as she has doen more 100 milers than i can count. Her legs just said no to her that day. Her last 5k split before she called it was 43 minutes. She was all smiles afterwards just the same. Afterwards we all went out to lunch before Yoshiko and I headed back to Philly. Before crossing the Ben Franklin into Philly that night Yoshiko and I stopped at the H mart, a Korean Grocery store in Cherry Hill and this happened.... 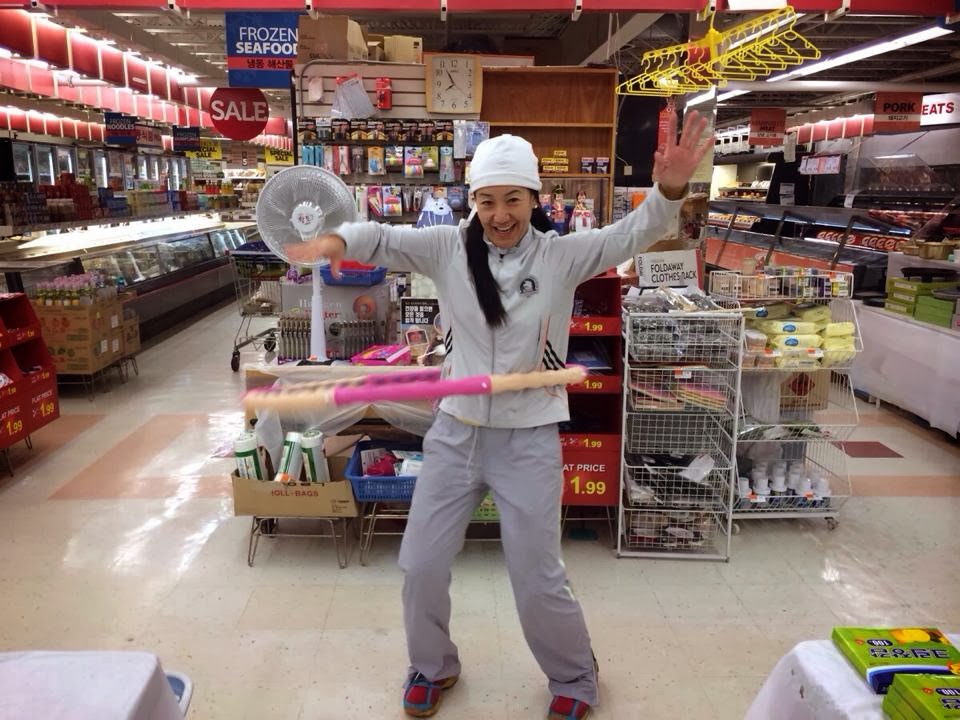 Now the name of the game is recovery.  On Saturday I will reunite with ChoiSauce and run the Seneca Creek Trail 50K in Damascus, MD.  I will also be joined by the RD of the Rocky 50K (the boxer not the raccoon) Rebecca Shaefer.  Rebecca is in fact the person who coined the term #kinosfault... and now everytime i break a speed barrier or win an award... i will call that #michelesfault.  That being said here is my award from the 10k snowy trail run last weekend. It took me 1 hour 21 minutes to complete and was able to grab 4th in my age group and win this unique award. Evy would have been right behind me in 5th if she hadn't stopped for beer at the alternate beverage station 1/2 mile from the finish. 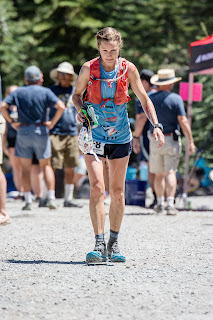